Tales from the Bermuda

ZU TaLES FROM THE BERMUDA

"Fans of rock and metal in all its forms will find a lot to like, the gothic set will appreciate its dark soundscapes and the more industrial minded will find its raw beauty and dystopian vibes to their tastes. But if like me you have been away from the upper echelons of hard rock and  metal trenches for a while and are looking for a way back in, this is the perfect place to start."

Mighty Rob was send down from a stairway to heaven to put solos in your ear that blow your mind.


HIs Super Mighty Guitars Tend to Electrify limbic systems in the Brains of people standing nearby during the Process of Solo Playing, what leads to an unavoidable feeling of euphoria and a compelling desire for beer.

Giving in to that desire by consuming huge amounts will in turn lead to the feeling of magnetic attraction - You want to be closer to the stage and the guitar. Beware of that vicious cycle..

after the Band had to get rid of Ami (former member), because Interpol and several other agencies had information about him building a Bass Guitar, that could convert people to zombies, BiS had to look for support.

As the Audition began, Mat stepped in. While he was impressing the band with his abilities, an interpol agent searching for Ami entered the room. Thinkin that Mat was the former Bass guitar player the agent started attacking him instantly. But MAT knew how to deal with the situation..

Still playing a rocking Bass Guitar Solo (as the audition was still on) he punched the sh** out of the Agent. At the end MAT was choking him with only one Bass guitar string, modifying the tension of the string and finishing a "breath-taking" Solo playing the same string he was using to choke that guy.
That was the moment MAT became buried in smoke.

The Drummer tim, known as Yteicos Lebal Kcalb (translation: The earthquake that beats your face hard as a rock) to famous shamanic circles is using a drumming technique, that lets people fall into a trance in wich their heads start shaking up and down.

some people seem to call this phenomenon "Headbanging". However people report of having visionary hallucinations and "feeling the spirit of rock flowing threw their veins", being in that trance state. Because Tim´s shamanic abilities gained more and more popularity over time, a cult arose around him. Those people call themselves the "bang Army" and in accordance to that Tim is lately known as "General Tim" to the public.

Tony was the boss of an investment bank before a system of a downing Hackerboss made all of his millions disappear. Seeking for revenge he decided to take part as the vocalist of a rockband to become a Rockstar.


The reason for that decision was a surgery he made before he has been robbed. Tony chromed his vocal cords for being able to shout at his employees with an amazingly loud voice in many different ways. Now he lost everything he cant raise the working morale by using his amazing voice anymore. But still his voice rocks as hell...

though you cant see him most of the time you can be sure hes there. Watching all of us... like a panter

the engineering finesse of the bass guitar player Ami lead to the invention of a Bass Guitar whose sound is so deep, that all heads in the crowd are being draged to the ground.

This effect supports the intensity of the trance state that is induced by shamanic rituals of the drummer Tim. still it requires the high sensitivity of Ami´s technical mastermind to not let people fall to the ground and pray for mercy. To get some of the build in parts of the Bass Guitar you have to rob zombies. thats why it soaks its energy from the players stomach and brain. 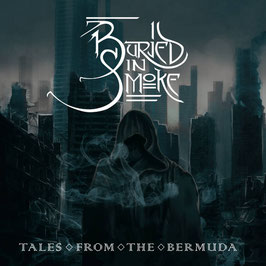 Tales from the Bermuda CD 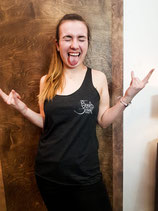